Shou Hayami
Exkizer (エクスカイザー) is the first-stage and titular Brave Robo of The Brave Fighter Exkizer TV series. Leader of his Space Police Kaisers team, he can combine with his auxiliary trailer unit King Roder to form King Exkizer, with his jet/robot drone Dragon Jet to form Dragon Kizer, or with both vehicles at once to form Great Exkizer.

Exkizer has a strong sense of justice as well as always following his moral code, refusing to take a life even if it belongs to that of a villain. Being the leader of a Space Police Kaisers squad, he also has excellent commandeering skills. On his own, Exkizer is an agile, powerful and skilled fighter, capable of tackling numerous enemies which are superior in size compared to him. During battle, Exkizer exchanges his normal blue chestplate for a lion's face with a flipping action called "Breast Change" (ブレストチェンジ), which switches back after the battle has finished (though this is rarely seen, as Exkizer usually transforms with the lion face already deployed). He can project the Forming Beam from his headpiece or utilize a device on his finger that can fix broken machinery (like Kouta's broken camera in Episode 1), and yellow beams from his eyes that can power up machines. He also has built-in hovering abilities. He forms the interior of King Exkizer, Dragon Kizer and Great Exkzier.

Exkizer's alternate mode is a sports car, specifically the Hoshikawa family's car. When changing into Robot mode, his everyday vehicle mode shifts into a more exotic form capable of transformation.

A small aircraft propelled by a rocket booster fired from Exkizer's arm ports. It boasts considerable thrust, capable of pushing back even one of the Geisters.

A concentrated sphere of light unleashed from Exkizer's lion head.

Exkizer utilizes the car tires on his shoulders as throwing projectiles.

A combination attack with Da-Garn seen in Brave Saga 2. Exkizer unleashes Flaming Nova, followed by Da-Garn throwing one of his Shoulder Bombs at the flaming projectile to increase its impact damage. Shared voice actor reference between Exkizer and Da-Garn.

The machine-fixing beam emitted from his headcrest is known as the Forming Beam. Exkizer used it repair Kouta's shattered camera in Episode 1.

Exkizer could launch a pair of belts from his forearm ports to restrain enemies. Official name unknown.

A beam fired from Exkizer's head crystal, used to disperse the flames unleashed by Geister Robo Kerbezer engulfing the Raicer Brothers in Episode 42.

Exkizer was the first Space Police Kaiser to appear in the series and the first of his team to arrive on Earth, possessing the Hoshikawa family's car. He encountered Horn Geist soon after, rampaging in a museum that Kouta's class went to, forcing him to transform into Exkizer, revealing himself to Kouta and Mario. After driving the Geister away, Exkizer fixed Kouta's broken camera and asked him to keep his identity a secret, which Kouta agreed to. Exkizer, and his Space Police Kaisers team who later came, then spent their time on Earth fighting the Geisters whenever they appear and cause havoc, while also learning more about Earth and its culture, a place radically different from their home planet.

During the Hoshikawa family's visit to the Nazca Lines mid-series, Exkizer encountered the Geisters at the site attempting to steal the ground drawings and scrambled to fight them as Dragon Kizer, however he was quickly overpowered by Dino Geist and almost defeated, if not for a mysterious resonation between Dragon Kizer and the Nazca Lines. One of ground drawings projected into the sky the shape of a sword, and from there descends a brand-new Kizer Sword. Dragon Kizer took the Sword and combined it with his Dragon Archery, forming the powered-up (Great) Kizer Sword. With his newfound power, Dragon Kizer managed to force the Geisters into retreat. It is hinted that the Nazca Lines were probably left there thousands of years ago by the previous generation of Space Police Kaisers for their successors. In a later encounter with the Geisters soon after, Exkizer gained the ability to combine into Great Exkizer, allowing him to fight on equal ground with Dino Geist.

Near the end of the series, Dino Geist acquired the Energy Lifeform Capturing Device and captured both Ultra Raicer and God Max's energy spirits with the Device, along with abducting Osamu Tokuda (in place of Kouta). Exkizer as Great Exkizer went to face the Geisters alone, and would have fell in combat if not for Kouta releasing the captured Kaisers from the Capturing Device, allowing for a counterattack from the Kaisers. After freeing Osamu, Great Exkizer chased after Dino Geist, who escaped to the Moon along with Kouta. The two then engaged in a final showdown on the Moon's surface, with Great Exkizer emerging victorious, however Dino Geist decided to commit suicide by plunging himself into the Sun instead of allowing himself to be captured.

After the threat of the Geisters have been subdued, the Kaisers head to their next mission, but not before bidding farewell to their human friends. Exkizer told Kouta that while he cannot promise that he could meet him again, he wants Kouta to know that he will always watch over him from the stars, and that meeting him was the greatest treasure on this planet, before the Kaisers finally depart from Earth.

In Brave Saga timeline, following the events of the TV series, Kouta was playing hide-and-seek with his friends when he came under attack from a freed Horn Geist. However, the Geister was stopped in his tracks by King Exkizer, who returned to Earth once more to combat the Geisters, as well as the new threat of Nightmare. 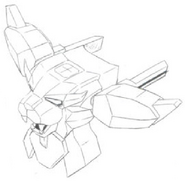 A rear section view of both vehicle modes. 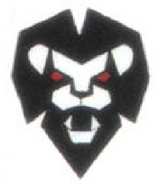 Minor details. Left is Exkizer's sub-headlight, which also somewhat acts as his "eyes" in vehicle mode, capable of showing emotions based on the shining angle of the headlight. Right is a small radar mounted on the left rear area of Exkizer's vehicle mode, deployed when Exkizer performs a scan on the surrounding area.

Exkizer's chest prior to Breast Change. He is only seen switching back to this chest from the lion face in Episode 1. The panel is kept like this in vehicle mode and switched to the lion face when Exkizer transforms.

Cockpit view of Exkizer's vehicle mode. The illustration on the lower right depicts the cockpit when the vehicle is in transformation mode. 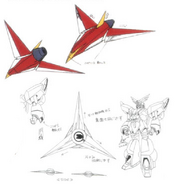 Two of Exkizer's weapons, the Jet Boomerang (above) and the Spike Cutter (below).

(Ep 48) Exkizer and Kouta, in their final moments together.

The Space Police Kaisers appearng for one last time, as the series wraps up. 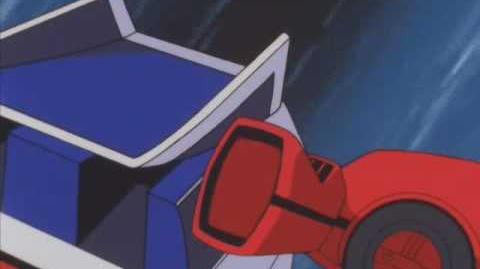 Exkaiser
Transformation from car to robot